So who is Yoko? And why does it matter? 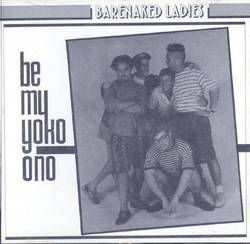 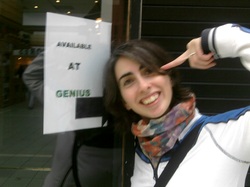 Well - if you have come this far you must be curious about the name! So here goes - The name for this (new) page – formerly spincity - came from a drunken night out with my wife. We were at a gig and had a cracking night – met a few mates, and as the night went on (or descended?) we discussed everything from saving the world to great music.

We also discussed the fact that some (male) friends weren’t out. And concluded that rightly or wrongly some women split bands………….. (Stick with me on this one!)

That doesn’t make them battle axes necessarily, but sometimes a bit too controlling – whom so ever’s interests they have at heart! They can also be good for the individual.  So my wife joking said ‘so who’s the yoko?’ ….. and this stuck.

And – to my wife –
If I were John and you were Yoko,
I would gladly give up my musical Genius
Just so I could have you as my own Personal Venus.

(thanks in no small way to Steven Page and Ed Robertson of BNL).

So from then on I decided that that would be my site name - in tribute to all the bands who have stuck together, reformed, just starting up or who ever they are on this site. They may be male, female, good, bad or downright indifferent, but they have bought music to people on many stages, small and large and have hopefully enjoyed it - ultimately staying true to themselves, as John did, regardless of the opinions of others.
Now get back to reading about music!
Rock, Pop, Metal, Funk, feedback what you love. Spincity33@hotmail.com