Welcome to 'the home of music'! Get reading about some great bands.
Farewell to Freedom

There's nothing happening here. What it was ain't exactly clear. There's a man with a job over there. Telling me I got to beware.

Well the more observant of my website devotees will have noticed that between about 2013 and 2016 I barely updated this at all. Sorry about that. And i do not ever envisage this website being updated as regularly as it was in the years before that. It helped that I was living in Dublin - where every night of the week me and my wife could go and see another band, but also since then our lives have changed unrecognisably! It is no coincidence we now have a four year old boy - but have also spent the last 5 years hoping from Edinburgh to Cyprus and finally Oxford (For the moment). I have just finished a Masters in Maritime Archaeology so expect more posts in the 'Non Music' book reviews! But my hope is to do a PhD in the anthropology of popular music and its political influence. Maybe watch this space as those thoughts evolve and perhaps even take shape. But unfortunately in the short term the life of leisure had to end - so after some 8+ years of enjoying living off my ill gotten gains I am back to the dreaded accountancy,
But for those 8 years I did still manage to produce a weekly radio show, notionally under the auspices of folk music but in reality it encompassed everything from Classical through to Heavy Metal.  Tune in one Thursday morning (103.2fm in Dublin or on Dublincityfm.ie) to find out more.
Also at the very end of 2016 I did manage to see one of my new favourite artists live - 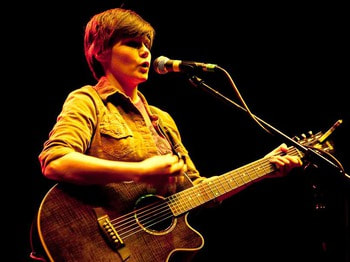 Grace Petrie Jericho, Oxford
The Jericho Tavern, Tuesday 13th December 2016
Does 9 tracks count as a headline gig? When those 9 track are prog rock (and consequently 9 hours long) perhaps they do. Likewise, or perhaps even more so, when (unlike prog) those songs are of merit and “of great social and political import” as the late great Janis Joplin once said. The 9 tracks (plus single track encore) tonight are performed by a brilliant new folk singer who is also giving background, foreground and magnificent technicolour context to some truly tear inducing or emotion inspiring songs then yes - this was an all too short but magnificently timeless set by a brilliant and inspiring performer in the form of Grace Petrie. All too easily called a poor man’s Billy Bragg to use others criticism of her (she is panned as just a copycat, but when man does it it is genius), this woman is inspiring powerful and charismatic; real and fragile but absorbing when performing. Offering an electric performance with an acoustic guitar she is entertaining, self deprecating and humorous. But she is also sincere (And for my ha'penny’s worth correct). Her songs are astute, well written, though at points their simplicity belie a deeper intelligence they are all powerfully presented by her lone figure on stage supported only by a lone acoustic guitar.
Top quality acoustic punk’d night. 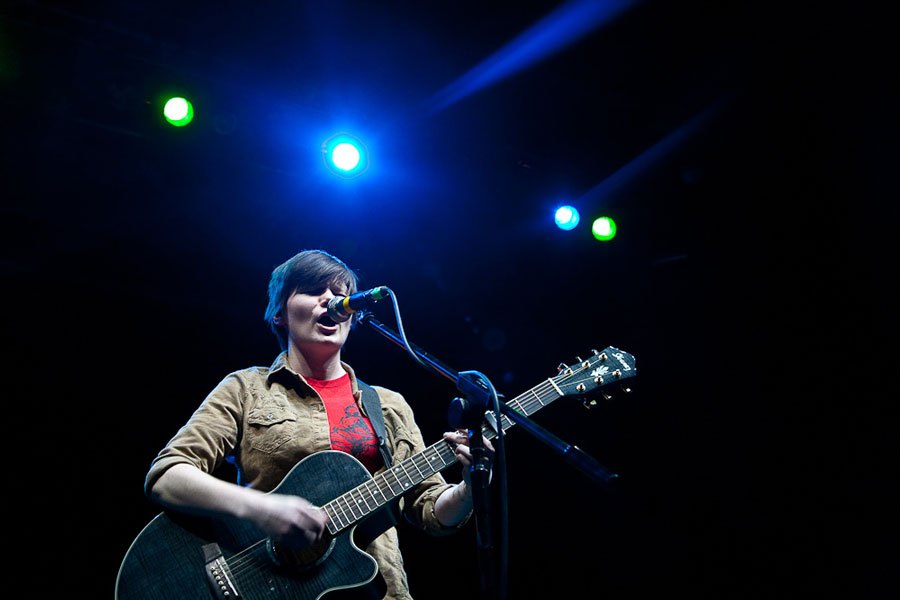