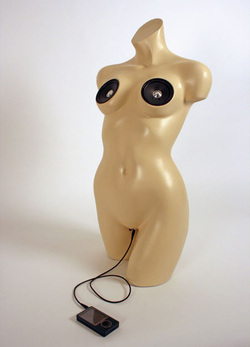 Cover versions are great for bring songs, new and old, to the attention of a new audience. But for Led Zeppelin Jake Holmes, for example, would have received little recognition. Depending on the nature of the version, sometimes they bring it to either a different demographic or even a different region completely. I recently heard the American Singer Songwriter and humourist Clem Snide (or at least lead singer Eef Barzelay) do a great version of Beautiful by Christina Aguilera (written by former 4 Non Blonde Linda Perry). It worked. Very much highlighting the fragility and subtleties of the song that could have been overlooked by other performers. Also over recent years a variety of Heavy Metal versions of Britney Spears songs caused a brief sensation in the media, but ultimately highlighted just how good and also versatile many pop songs actually are. Even long before Quincy Jones’s amazing arrangement of Frank Sinatra’s Fly Me To The Moon (of the Bart Howard song some 10 years after its first release), the advent of truly popular, widely available, music had given rise to the misconception of a ‘cover’ version. Up until mid way through the last century many songs were simply appropriated by artists who overheard it. Songs like Stewball, or John Henry literally travelled all over America before making it onto shellac. To bring it right up to date however Girls Aloud (or there team of writers) did not write I’ll Stand By You or I Think We’re Alone Now (which was not the preserve of Tiffany either!)

As with the misconception that because Black Velvet Band was taken to the charts by the Dubliners it is assumed to be Irish but the earliest references in the song are to Barking in Essex. Perhaps Belfast sounded more distant, romantic and even exotic!  Whilst the less complimentary Dirty Old Town made famous by the faux Irish Pogues was written about the textile town of Salford. Enclosed is a brief, light hearted look at just some of the songs which today’s younger generations may never know the origins of.

Overall such omissions or assumptions ultimately do not matter. However there are crimes taking place – when a generation grows up thinking that Cats in the Cradle is by Ugly Kid Joe, not because that is a bad version(which it most certainly isn’t) but that the track is neither indicative of the band, and means that entire swathes of Harry Chapin’s back catalogue go criminally unlistened! Likewise Ronan Keating should have had a disclaimer on half of the songs he has recorded – right down to the last note!

Some cover versions are very different from the original. Sometimes of different genres and styles. Including Heavy Metal version of Ghostbusters (Xentrix) brings a chuckle, but arguably doesn’t bring the song forward as a piece of art of entertainment! Likewise although Blondie’s version of The Tide is High maintains many aspects of the original it certainly brought it to a larger and more punk based audience than its reggae predecessor. Meanwhile on a more underground note The Fatima Mansions version of Everything I do (I do it for you) was very different from the original in its minimalism at the very least! Cover versions are not the preserve of new artists reinterpreting old songs, but in the case of Johnny Cash (continuing a recent trend) covered any songs including a very stripped down version of Nine Inch Nails Hurt, with sentiment but without the self conscious irony of Paul Anka’s recent lounge room versions of rock standards.

As mentioned previously any version of any song that raises awareness of it is surely a good thing. Is it so bad that a large minority of the public think Red Red Wine was a UB40 track? There is a strong argument for not touching classic songs however there are some covers that surpass the original. Indeed it is not always that black and white - is Marianne Faithfull’s version of Sister Morphine a cover of a Stones track, despite the fact that she helped pen it?!  However there is a strong argument for limiting some cover versions which just miss the point. These are not confined to the pop crossover, but there are a wealth in there! Generally when a cosmetic, completely contrived pop band cover a song with undertones of suffering or far more conscious than the manufactured band stand for. (Ultimately a song they had probably never heard of until the manager/producer introduced it in order to market a harder edge!) Under the Bridge was truly ruined by All Saints, bringing nothing to. Some might say that of everything by Boyzone – but the Beegees themselves described their version of Words as the best cover, whilst Barry Manilow commented once that he wished he had written Could It Be Magic with the same orchestration as the Take That Version.

It is less likely to happen when some songs go from pop to Rock, because of the irony involved however a classic pop song sometimes cant travel, as Limp Bizkit proved with George Michael’s Faith. But whichever direction they go some of these innocuous or down right offensive versions often prove a triumph of marketing over content.

Even the dawn of Rock n roll – Big Mama Thornton will be proud to know her hound dog is safe in Elvis’s arms. Whilst Chris Farlowe is forever bitter at the Stereophonics (amongst others) for taking ‘his’ track or the Rolling Stones for reclaiming their own!  Some cover versions are needed to bring the song to a large audience – which is often unfortunately all of the above. However sometimes a cover version comes along as a timely reminder of a song that needed updating or even just another plug. Many originals themselves can be release on numerous occasions before ‘catching’ the publics imagination. For example The Davey Arthur and Furey’s Green Fields of France (Eric Bogle) or Faith No More’s covers of ‘I Started a Joke’ and ‘Easy’. Some songs just become acceptable when covered by the next generation. The soundtrack to Moulin Rouge or even Happy Feet take classic songs and re interpret them for future generations – so these songs will always be ‘in the popular domain’

For referencing Ruby Tuesday in their song After the Watershed (Early Learning The Hard Way) cost Carter USM the entire rights to their song. Harsh as that was - with music becoming more instant and not always easy to tell on Windows Media or Real Player who wrote a song (where you could almost definitely find out from a CD or LP sleeve) nowadays if not on the media file itself you need to Wikipedia it and that is not gospel!

Ultimately if anyone cares enough about the song they will either see the writing credits or somehow dig deeper. If they don’t the injustice is surely cushioned by the artists royalties! Previously all one had to go one was name or two on an album sleeve and centre. Now Wikipedia can tell you some of the story at the touch of a button – but how true or accurate they are is open to interpretation and conjecture! Let us not lose sight of how much Led Zeppelin took ‘inspiration’ or often poached and described as ‘Trad’ (Arranged by page, plant etc), but in fact many of the tracks that inspired them were closer to home – Jake Holmes for one!