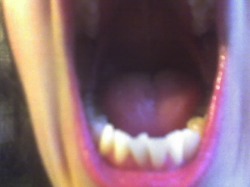 2008 - not an exhausting year for gigs, but a few gems in there. I especially enjoyed the Australian band The Waifs! Hope you enjoy reading the reviews. (Like the singer on the left?!?)
As ever - any feedback greatly appreciated.
Joan Baez
Dublin, Vicar Street 26th September 2008
View: Balcony, centre right on the opening night.

The first night of a tour can be a nervous experience for any artist, but doubly so with a new band in tow. Therefore, to end a song part way through forgetting the words would shatter most. But such is the professionalism and confidence of Joan Baez, that whilst apologetic she was almost unfazed. Giving her all throughout she conceded that her return to the live arena was because, ‘unfortunately’ her ‘songs need to be sung again’. In doing this however she has clearly found a new lease of life.
Tonight she gave us renditions of classic tracks and a healthy selection from the new Steve Earle produced album. Joe Hill proved a very popular local choice whilst she expressed genuine surprise at a request for The Night They Drove Old Dixie Down. Unfazed by her fluffed attempt at Billy Rose, and not really salvaging it with a weak operatic version of Swing Lo Sweet Chariot, the rest of set was impeccable. Going back to her rhythm and blues roots she even gave us an exceptional acapella version of Earth Angel, followed by Honey Love. Overall any faults were minor as her voice and depth of enthusiasm abounded, a truly marvellous gig.
© James Masterson

The up-and-coming Warlords of Pez put on an exciting and humorous warm up set tonight – which should have set up the Surfers. However, ‘School of Rock’ gave us a strange interlude with their note perfect, but uneventful, rock covers. When Surfers did come on they gave their all for a full 20+ track set. Early on Gibby Haynes did not seem at all happy with sound or lighting and made his frustration clear. This may have been caused by the fact that they were continuously joined on stage by various members of the School of Rock: which gave the tour a too polished and tightly rehearsed appearance. A backdrop of recycled Charlie Brown and the Banana Splits images would have been lost on over half the audience – all born after this band formed!

The band themselves however were reliably avant garde and inspirational at points, but at others miss-guided and failed to please. Ultimately though, they were unexceptional and didn’t win over any Electriclarryland fans – the one and only track from this was Ulcer Breakout – but certainly pleased the hard core fans.

Bootsy Collins,
Dublin, Tripod.,
4th July 2008 (Independence Day)
View: Centre, Middle of a James Brown affair.
A Bootsy Collins gig is usually a funk affair, however tonight he Souled out and went back to his youth. At 17 he began playing with the legendary James Brown and this tour is a remembrance of those days. Bootsy was content to play in the backgrounds whileMC Danny Ray introduced ‘the young James Brown’ who capably stole the limelight, complete with 60’s set and energetic dance routines.From Super Bad to a touching version of Lost Someone this was an excellent gig. It felt, at points, like a tribute band which, ultimately, it was, albeit with some exceptional names! James Brown himself would have been happy. Though the singer he described as the best in his revue, Vicki Anderson, only performed one lead song, a pretty subdued version of Respect. Special mention should be made of the electrifying version of I Don’t Want Nobody To Give Me Nothing.

As Bootsy and the honorary JB paraded through the cheering crowd we were treated to the chant ‘say it loud, long live James Brown’; with shows as exciting as this – it will be long time before he is forgotten.

Toots and the Maytals
Dublin, Tripod. 14/7/08
View: Centre Middle.
As Toots came out on stage 20 minutes late he seemeddisorientated and distracted. However half way though the opening track (Pressure Drop) he came to life and belted out theremainder of the set with full gusto. The forefather of Ska, and hero of Punk shows no sign of ageing!  He remains a true legend of Reggae, the track list being almost a greatest hits of the genre; from Monkey Man (recently covered by Amy Winehouse) to Louie Louie with its original reggae beat. His version of the kitschTake me Home, Country Roads proved a popular number with the crowd however it was the encore of 54-46 Was My Number which provided the biggest cheer. His boundless energy, even at 62, and his occasional guitarstrumming was faultless on tracks like Funky Kingston. Never to old to get down to reggae (as he reminded us – Reggae Got Soul) Toots and the band left the stage after this 1 hour set, heroesundiminished.
© James Masterson
Track listing1
)       Pressure Drop
2)    Careless Ethiopians?
3)       Louie Louie
4)       Gold and Silver
5)       Sweet & Dandy
6)       Reggae Got Soul
7)       Pomp & Pride
8)       Funky Kingston?
9)       Country Road  Take Me Home, Country Roads
10)   ?
11)   Monkey Man
12)   Number 54?  54-46 Was My Number


The Waifs
Dublin, Whelans,15/5/08
View: In the thick of it all watching Bob Dylan’s favourites.
This long standing but little known Australian trio brought their brand of country rock to Dublin for the first time in 3 years. Since then they have become a 6 piece. Drums, Piano and bass added to their harmonies and normal acoustic set.
Intricate intelligent songs about love, loss and any subject that takes their fancy they are Sheryl Crow with depth! It is this quality song writing that raises them above many bands and, although the early summer heat didn’t help, their emotional tunes such as Bridal Train led to waves of tears (male and female) and at least 2 fainters!
This perhaps does more justice to the power of their music than anything else. Whilst they lost their way part way through meaning at points it felt like another date on a tour going through the motions, they nonetheless gave us a classic set of items of the new LP (Pony & SunDirtWater with a local Dublin slant) plus older classics (London Still & Willow Tree). Perhaps predictably the much demanded encore bought the upbeat Crazy Train whilst a second encore produced the hugely popular Gillian.  Great set, and a band well worth tracking down. © James Masterson


Public Enemy: It Takes A Nation Of Millions To Hold Us Back 20th Anniversary Tour
Dublin, Tripod 25/5/08
View: Centre Back, By the bar!
It was only fitting that tonight’s support band were life long allies (and producers) Bomb Squad. They gave us an exciting set and great warm up for tonight’s headliners who gave us their entire classic album track by track. Not a new concept but certainly a great experience when the album is one of the best of the 80’s. The crowd was a mix of people either too young when it was first released or those for whom it was a seminal teenage experience.
Playing an album in its entirety guaranteed no surprises but exceptional tracks from the album (Bring the Noise) were received with equal enthusiasm and praise as the less exciting album tracks (Mind Terrorist). Perhaps predictably Flava Flav made reference to his recent reality TV experience, which was ridiculed by the audience, but true to form Flav was unapologetic.
PE always put on a great set and tonight was no exception. Chuck D appeared slightly subdued, but that didn’t tarnish a thrilling evenings entertainment. A must for fans of both the album and the band.
© James Masterson

Finbar Furey is a talented musician and is truly pivotal in the renaissance of Irish folk. However as with all performers who possess a certain spark he is hit and miss. Perhaps it was his familiarity on stage with ’home’ crowd  or perhaps it was the classical venue of the Concert hall did not suit his rugged charm, however tonight he was not able to hold the audience in the palm of his hand as he has done in the past. New Tracks like Johnny D The Piper are good, but the artistic decision to play a lot of tracks from the new album – seemed a bit of a failure for the crowd. It seemed to highlight a problem all artists have – but tonight the twee and unknown was no replacement for sentimental and popular older ballads.
Even Finbar himself really only shone when he picked up the Ulan pipes, which he did for only a few tracks, but the energy and ferocity he put into them was electric.
I Will Love You (Paxton) seemed nonexistent, whilst The Green Fields Of France (aka No Man’s Land) was toned down from its usual haunting self.
The Lonesome Boatman and When You Were Sweet Sixteen proved popular and ensured the show featured a high note – but they were followed by Walking with My Darling and Shannonside. St Luther John O God celebrated George Harrison, but sounded very much like Cat Stevens! Not a classic gig, but a great performer.
© James Masterson