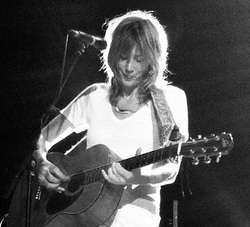 Being a Norwich girl (lets claim her as our own even if she says Fall and not Autumn!), remensicences peppered tonight's set as she seemed to revel in returning to the very venue where she had her first recording back in 1980 with Dougie MacLean.

But tonight was not confined to provincial celebrations - we had a William Blake poem (Poison Tree) along with a 70s disco hit (Five Stairsteps) all balanced alongside some of Beth's own classic catalogue. Old favourites sat comfortably alongside new material. She Cries your name and Central Reservation may have been first off early to try and placate the audience with older numbers - but even the newer tracks with Sam Amidon guesting on stage proved popular. The only down side to an intimate night of popular songs was Beth herself forgetting the lyrics to a track off this years Sugaring Season (Call Me The Breeze) but other than that a great night. 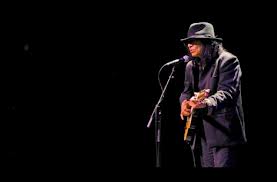 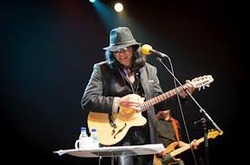 I for one really enjoyed tonight. I had not seen the documentary, The Sugarman, but was urged to go and see tonight's show by someone who has been a fan of the man for 20 years. Knowing only one mediocre album I wasn't expecting much, but having left Vicar Street now, superlatives can't do justice to what might have been missed for the last 40 years.
Sixto's songs, like Dylans, cover love and the price of tea in China. Or more specifically, his songs fall in two main categories - they are love/loss songs with a snide bent or songs 'celebrating' the urban inequalities of the late '60s (still relevant today!). His love songs are often world-weary, ungrateful, possibly even bitter but never mysogynistic. However, the same soft-spoken voice offers distinctive lullabys on urban degeneration and poverty in his all-too-famous derelict Detroit.

The man himself had to be led on stage - due mainly to his loss of sight rather than his frailty, ensuring that his captivating performance-style wasn't affected, with his 4 piece band taking their lead from him. Within seconds of being on stage Rodiguez proved that, whilst tonight might be a late swansong, the audience still saw the real thing and not a pale imitation. He still has the deft touch and if anything a softer more poiniant voice than his angry young predecessor.

After the rush of the fantastic Establishment Blues, as the crowd really got into their stride, a memeber of the audience called out "where were you?" Without missing a beat the old man of jazz-folk-pop replied "Well I wasn't lost," to which a sincere member of the audience observed "we missed you". "Likewise" was the cry before ploughing into I Wonder. Which was really the only piece of audience interaction Rodriguez indulged in.

His sound is almost barroom jazz at points with great guitar sound and slightly slurred vocals. At points his sound is laid back and mellow but still bluesy, rather like a Carlos Santana single on 33  (Ed: does anyone understand that sort of reference anymore?). There is something delicate, almost fragile about his guitar playing, giving the impression that it could all fall apart at any moment - but it never does. Whilst not sure of my facts here, I would speculate that his style could have influenced Huey and the boys before they formed the Fun Lovin Criminals.

Some curious cover versions that worked tonight include a touching rendtion of Just One O Those Things and Blue Suede Shoes, however Nice' N' Easy pushed a little too close to easy listening jaz. To Whom It May Concern was marred slightly by feedback during the track. Yet the improptu feeling of the set, with the band taking direction from him for what each track was, ensured a feeling of effortless musicallity and authentic folk. The night ended on a high with a musical crescendo and homage to his own hero with a stiring rendition, surely full of ironic humour, of Like A Rolling Stone. 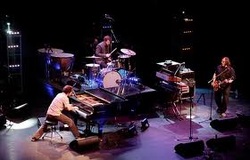 
Ben Folds seldom disappoints and with the five (well three of them) on stage - tonight was no different. A carcophany of sound throughout kept the gig at an exciting pace. Now comfortably into the mould of reformed bands BFF gave an entertaining set - to include the new album at the expense of older favourites (no Army or One Angry Dwarf and 200 Solemn Faces).
Ben Folds is not happy with microphone height for most of the night, constantly fidgeting with it. However that didn't affect the sound of this evening's entertainment. Folds himself appears to still invest heavily in the personal tale of the emotive Brick. Bassist Robert Sledge was clearly in a jubilant mood tonight, bouncing under the weight of his bass and swaying happily when playing his upright double bass too. All three members are talented musicians always bubbling with energy and sincere enthusiasm.

A big cheer early on went to Jackson Cannery with a few vociferous singers for the newer Erase Me. But the set list was out the window part way through thanks to a heckler from the audience who prompted Folds to kick into an impromptu Scott The Roadie whilst Sledge himself got in the act later on with an Eastern European / Latvian / Celtic interlude on bass which he called Blackberry Blossom.  The abilities of all performers on stage ensured that both impromptu moments worked brilliantly even if they won't make it onto albums any time soon.

By way of passing, and something of a celebrity spotting, tonight's gig doubled as an Unthanks Christmas Party as well!! All the members had flown over especially for the gig and seemed to thoroughly enjoy their night. As well they should! Ben Folds Five really know how to make you happy and leave a lasting impression of intelligent and life-affirming sounds - music as it should be. 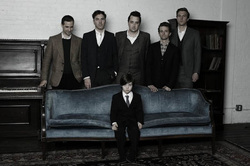 Everything written about seeing the Walkmen is in the context of "since the last time". I for one had never seen the Walkmen in their 12 year existence but I thoroughly enjoyed tonight's show. Coming on looking more like Kasabian rockers in suits, they soon threw off that image and showed what a frenetic and addictive band they are. Power punching their punky tunes with emphatic umph they rock out!  Whilst I will not be rushing back (as I would for say Ben Folds or Billy Bragg) - I would certianly consider seeing them again. They may be simple power rockers with a punk edge but what they do they do well. With a lead singer with a Henry Rollins swagger in the form of Hamilton Leithauser, the band's formula of garage rock is certainly entertaining live. Though they are also in some ways indefineable: their driving sound has glipses of rockabilly-psyche and, of course, the all pervading rock 'n' roll. The crowd spent much of the night calling for The Rat but that did not stop them cheering and being enthused from the first track to the last.

Apologies for the poor setlist. I knew nothing about them until that night. Great set - didn't need to know titles. I won't be tracking down the albums any time soon - but would certainly try and see them again!

6 months without a gig! I was getting withdrawal symptoms.

What's So Funny about great songs and entertainment? 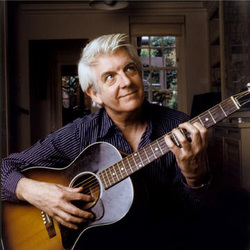 Tonight's soiree of song was opened by Nick Lowe's own piano / keyboard player Geraint Watkins which set a pleasant tempo for the night. However, despite a wealth of classic songs, the proceedings seldom felt more than a good night in a nice hotel barroom - backed by some classic easy listening jazz. Watkins himself is very Randy Newman-esque but sorely lacks the genius lyrics that Newman oozes. In selecting easy listening Lowe seemed to have slightly misjudged the crowd, but people listened politely and applauded on cue - without ooverwhelmingly sloping off to the bar.
Lowe himself came on after the interval for a solid acoustic intro of 2 tracks (Stoplight Roses and Heart) before his four piece band accompanied him for an entertaining evening of his back catalogue and current LP The Old Magic. The end of a European tour showed that this was well-honed operation smoothly performing a cross section of classics old and new. Though the band did seem a little formulaic at the end of a long tour (which started as an opening slot for Wilco across America). They were thoroughly professional though. The band comprised of Geraint Watkins (keyboards), Robert Treherne (drums), Johnny Scott (guitar) and Matt Radford (bass).
Nick Lowe may be the king of cool, but for me he misjudged this one. He simply has not got the charisma to electrify for an entire evening. Ultimately despite being an unmatchable songwriter, his performing skills, live more so than in the studio, are such that comprisons are necessary. He is not strong enough to carve his own identity on stage. His 3 minute intelligent ditties were punchily presented, but tonight was Buddy Holly meets Elvis Costello and much inbetween with little in the way of an individual spark. That said, a fantastic highlight was a rivetting slower version fo What's So Funny about (Peace, Love and Understanding).
So Nick Lowe as a musician should not be overlooked. After all this is the man who wrote I Love the Sound Of Breaking Glass and Dr Feelgood's classic Milk and Alcohol. He can write 'em, but unless he reinvents himself as a slightly more laid back man of lounge (like Geraint Watkins) he must leave the presenting of them to others. 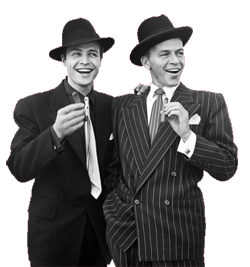 2012 - already pretty much March and whilst i have been to a few gigs I am such a lazy turd I have posted a sum total of NIL reviews on here. So instead and by some way of apology here is a picture of Nathan Detroit (Frank Sinatra) and Sky Masterson (Marlon Brando), from the classic Guys and Dolls. More reviews to follow I promise! (and more inane comments about music.
Currently listened to some old nick lowe and some new Marvin Etzioni?!?!?
Rock, Pop, Metal, Funk, feedback what you love. Spincity33@hotmail.com